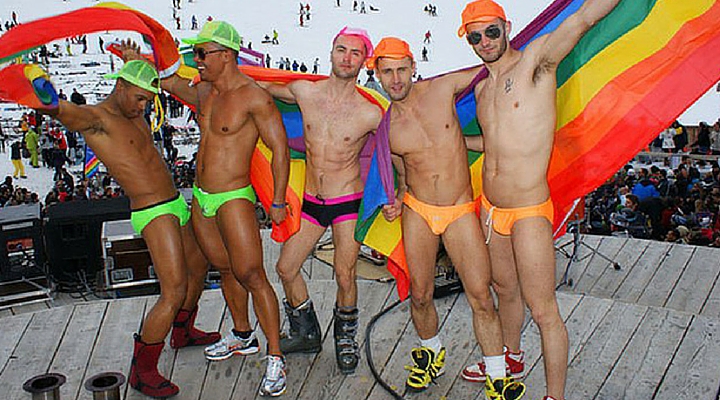 Officials are investigating why a professional cruise ship crew, and in particular the captain, was unable to remain calm and execute an emergency procedure as the boat sank Saturday morning, leaving no survivors. Officials describe the mayday call as “hysterical and incoherent”, and suspect this behavior had something to do with why the boat sank.

“These commercial cruises are operated by professional crews that practice emergency procedures regularly so that they can do them in any adverse environment” a spokesman from the Coast Guard said, “We may never know what caused the captain to lose his composure and cry, scream, and wail on the emergency channel.” 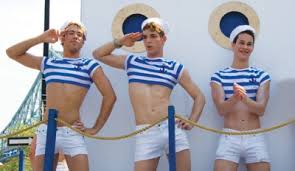 We may never know what caused the captain to lose his composure and cry, scream, and wail on the emergency channel

The recording of the call may have other clues, and officials are using software to analyze the other sounds in the background. “It’s quite a challenge sifting through all the chaos on that recording,” said Mark Levine, the sound engineer contracted for the project. “Everything is basically drowned out by ‘Dancing Queen’, which sounds as if it was being played through the ship’s internal broadcast, which I think is against the rules.” 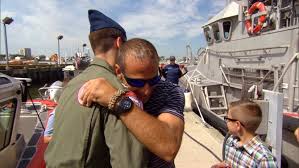 Remembering all the sea men lost.

The internal broadcast is reserved for official ship announcements for safety reasons, which, if ‘Dancing Queen’ was being played, would explain why emergency procedure instructions were not communicated to passengers.

“Well, it’s a bit more complicated,” said one official, speaking on the condition of anonymity. “Some of these gay cruise ships actually give emergency sing/song instructions using ABBA music. It’s the only way they can get the attention of 150 partying gay men. It might sound odd, but you try to find a better way.”

Some of these gay cruise ships actually give emergency sing/song instructions using ABBA music. It’s the only way they can get the attention of 150 partying gay men. It might sound odd, but you try to find a better way. 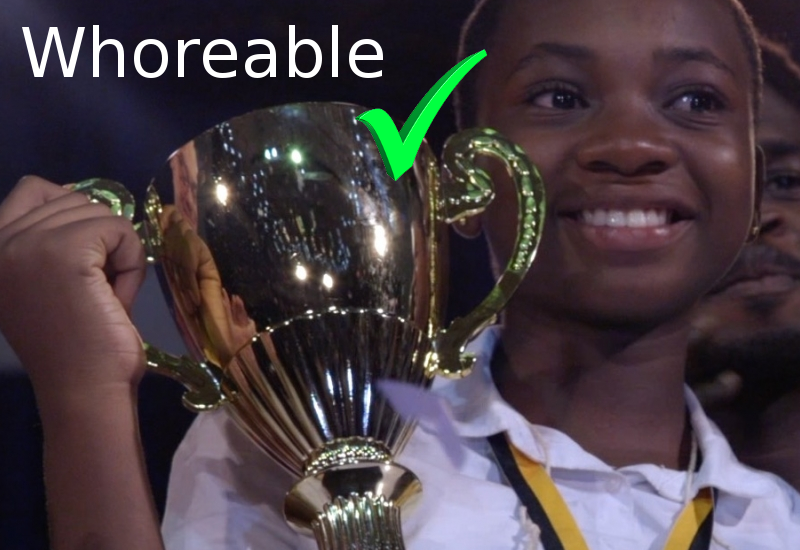 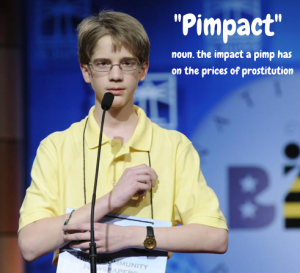 After decades of “whitespeak” (Anglo-centric linguistics), the Scripps National Spelling Bee was forced by a federal judge last month to source 50% of its competition words from Urban Dictionary, a user-generated online dictionary that is considered a modern, multicultural reference for language. The ACLU lawsuit is one of many in a (ACLU) campaign to address “cultural bias” in educational and vocational institutions.

Urban Dictionary’s sudden debut caused mayhem that will go down in history as the hallmark of the 2017 Scripps National Spelling Bee, with dozens of top ranked spellers eliminated by trivial words in the very first rounds, and just as many no-rank, rookie contestants sailing effortlessly into the final sudden-death eliminations, ultimately won by 12 year-old Tawanda Jackson of Hattiesburg, Mississippi.

After her victory, Tawanda told reporters, “Last year I was eliminated in the first round. I was just hoping to make it to the second round this year, but the judges kept giving me words I’ve been spelling all my life, it was like they wanted me to win.”

“…the judges kept giving me words I’ve been spelling all my life, it was like they wanted me to win.” – 2017 Scripps National Spelling Bee Champion Tawanda Jackson of Hattiesburg, Mississippi 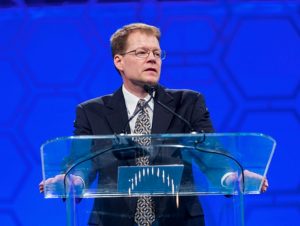 Moderator Jacques A. Bailly called last year’s champion, Kevin Brown, to the stage at 22 seconds and eliminated him by 1:48 seconds.

The shocking performance was felt in every inch of the post and beam arena as the audience, as if sharing one giant pair of lungs, held its breath in tense silence until the verdict of a spelling attempt came down from the house speakers: “Incorrect, the correct spelling is…”.

A thunderous applause rocked the arena as Brown, now 13, walked onstage for what he surely expected to be a three-second, no-brainer word. 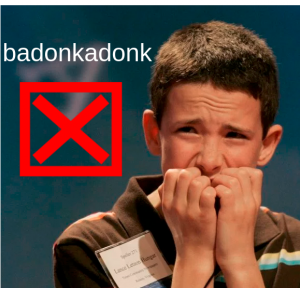 Brown coiled and squirmed, puckered his lips. He looked more like a boy urgently needing to pee than a champion speller in round one.

Brown asked for every clue allowed, but after 86 seconds onstage, the 2016 champion was eliminated by a word considered “remedial” in Ebonics. Those 86 seconds of top-ranked contestant agony would become the theme of the 2017 Scripps National Spelling Bee. 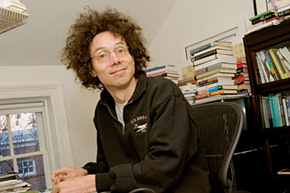 “As each top-ranked white kid got eliminated in those early rounds, it felt like decades of arguments against affirmative-action went down with them,” author Malcomb Gladwell said of the evening.

“One by one, they all went down until all that was left was a beautiful, black champion. In that moment, everyone in the room and everyone watching around the world knew that finally, affirmative action was standing on two strong legs and nothing could bring it down,” Mr. Gladwell said, his voice cracking. “I had tears running from my eyes.”

“…the world knew that finally, affirmative action was standing on two strong legs and nothing could bring it down,” — Malcomb Gladwell 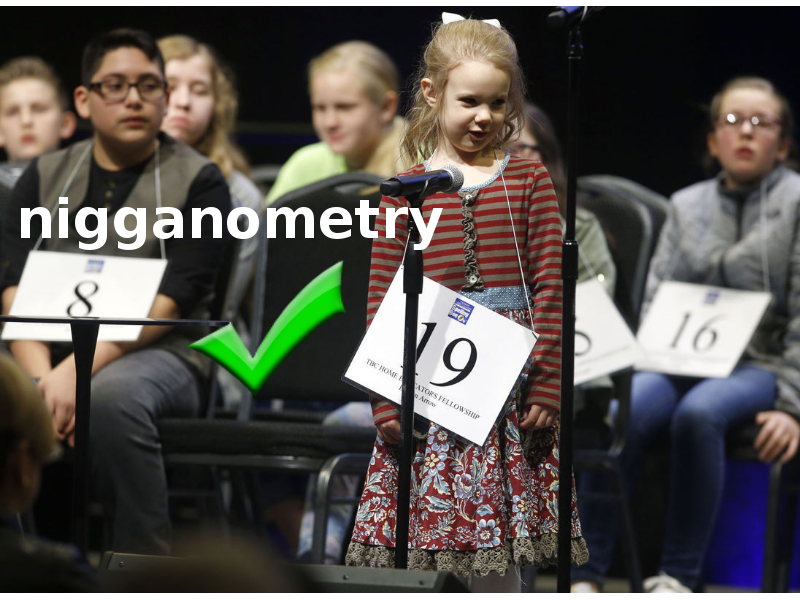 While most white students were eliminated in early rounds, Elizabeth Merry, 6, showed great familiarity with Urban Dictionary words and performed excellent for a white student.

Highlights from the evening

After the 2017 shameful beating, parents of top-ranked white students immediately began preparing for next year’s competition. 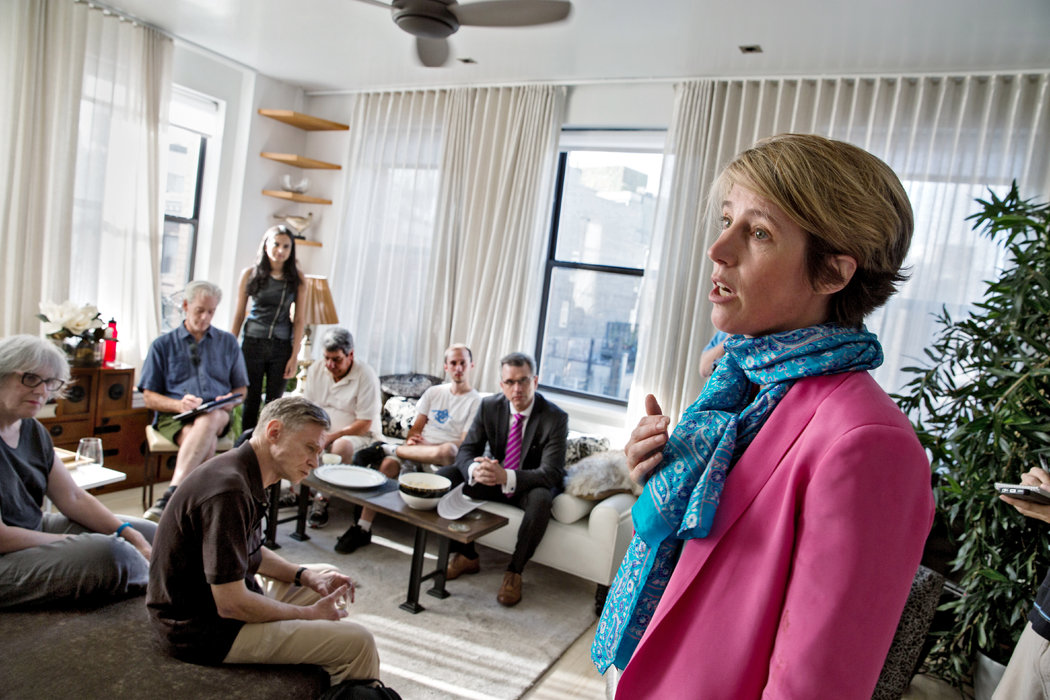 White parents talking strategy during a crisis management meeting after the demoralizing upset at the 2017 Scripps National Spelling Bee.

“We had a great Urban Dictionary resource right under our noses while our daughter Bethany was studying but it just never occurred to us,” Pamela Brighton, 44, of Garden City, New York said. “From now on, if Cha’relle isn’t cooking, cleaning, or shopping, she’s drilling conjugations, double negatives, and vocabulary,” Mrs. Brighton said. 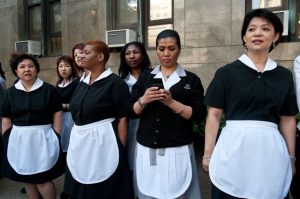 The largely African American staff for one white family from Darien, Connecticut taking a break after an Urban Dictionary training session.

“I know other parents are also preparing their kids for next year,” Brighton said. “We’re paying overtime to keep Cha’relle from 6AM to 9PM so she can read Bethany an urban bedtime story. Five hours overtime is a small price to pay for the valuable life lessons she could never learn from a book.”

“I have to admit I was wrong,” radio personality Rush Limbaugh said on his show last week. “Not only did affirmative action work, it worked beautifully. But now it’s like watching athletics…I have to say, ‘not bad for a white kid’ at the National Spelling Bee, too.”

But now it’s like watching athletics…I have to say, ‘not bad for a white kid’ at the National Spelling Bee, too.” – Rush Limbaugh 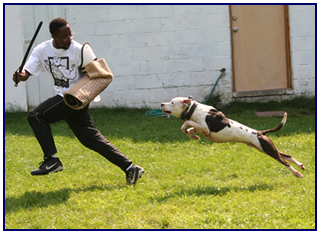 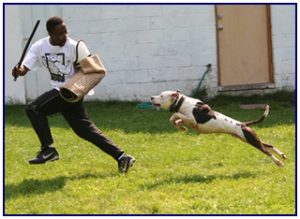 A new employee from the successful hiring program during training.

At first, Obama’s minority new-hire quotas for police departments seemed unrealistic to everyone watching. Black officers make up just 12% of all local police officers, according to a survey by the Bureau of Justice Statistics.

With heightened media attention on police brutality, departments have struggled to recruit and retain African-Americans. “Black distrust of police departments made recruitment a seemingly impossible task, we didn’t know how in hell we would hit the quotas. We circulated some emails around the department asking how we could utilize minority officers,” said an officer in Cleveland, “when we approached it that way, we were able to answer our own question.” 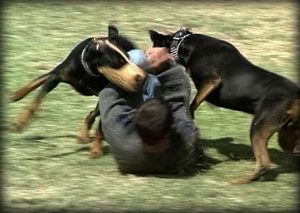 We circulated some emails around the department asking how we could utilize minority officers,” said an officer in Cleveland, “when we approached it that way, we were able to answer our own question.” 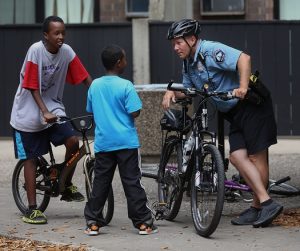 Police speaking to kids on the street about the educational internships 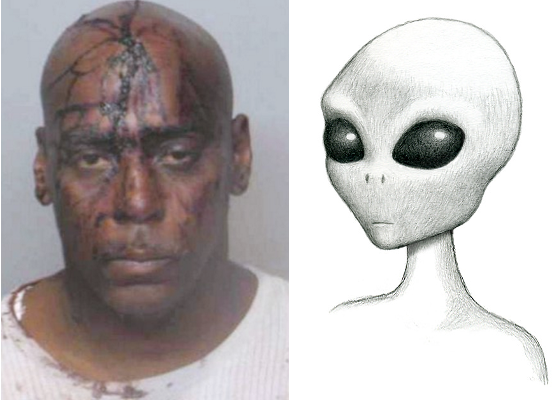 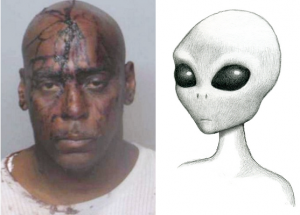 According to a police report filed the next day, the aliens beat Davis with “utter majestic precision…a magnificent exhibition of mastery, a godlike tour-de-force.” 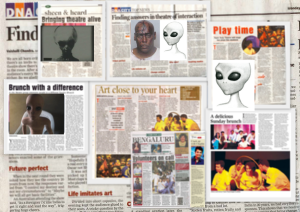 Reviews of the beating appeared in national news media.

Often critical of police beatings, The Washington Post declared “Few things could ever be as majestic…an eagle’s broad wingspan beating in the blue sky, the Arc De Triomphe at night.”

Not All Praise Alien Beating

One man with a different opinion was Clark Belleford, Mr. Davis’ parole officer.

Reporters from several news organizations have been unable to contact Mr. Davis about the experience. Asked about Mr. Davis’ whereabouts, Mr. Belleford replied, “well I can tell you this, any of my inmates who step one inch outside their parole boundary know where they will end up, and that is where Mr. Davis is.” 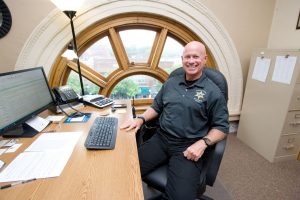 Jim Davis’ parole officer was offended by police praise of the alien beating.

People on parole who violate terms are sent before a judge for a revocation hearing to determine if they should be sent back to prison or not. Some Kind of Diaper asked Mr. Belleford if it’s fair to violate an inmate who was an abduction victim.

“Do you really believe he was abducted by aliens? Really?” Mr. Belleford replied. “If someone on parole goes to the city for the weekend, gets drunk and in a fight at a strip bar, do you think they’re going to be honest with me, or do you think they’ll make up a wild story about being abducted and then file a police report to make it official so I HAVE to take it seriously?” Mr. Belleford said.

Belleford reached into a drawer in his desk, then dropped a large manilla envelope on the desk.

“These are the five alien abductions from last month,” he said. “Davis’ story just blew up in the news because he’s black. If a white guy claims to be beaten up by an alien, no one believes him. But a black guy? Suddenly it’s a tour-de-force, burning with intelligence from beginning to end, positively incendiary!” 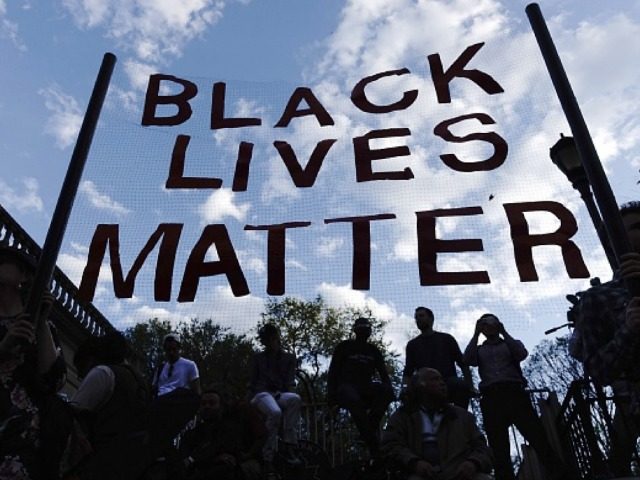 Black Lives Matter angling their banner towards the sky for aliens to see.