“Digital Down Syndrome” Is An Elderly Epidemic With Treatment Options – So Why Don’t We Use Them? 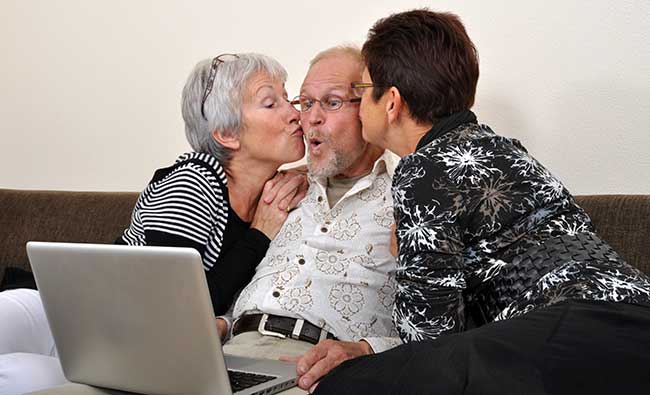 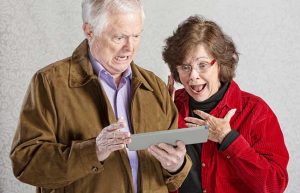 It’s the most common syndrome among elderly, affecting 94% of the 65+ population. We’ve all seen it and, to varying degrees, we’ve all been affected by it: technology-specific elderly mental retardation. There are very effective treatments for the syndrome, so…why are we never using them?

“That’s a great question, after all, when have we ever had an epidemic that we could treat but chose not to?” said Dr. Henri Betoui of the Paris Technology Consortium. “When I teach this topic, I just have students look at a few photos and they get the answer quickly.”

“Digital Down Syndrome” was coined by Dr. Henri Betoui in 2016 to describe the all-too-common temporary mental retardation that technology tasks induce in the elderly of all races everywhere on the planet. Betoui showed me a photo of an elderly woman using a magnifying glass instead of zoom on her iPhone. 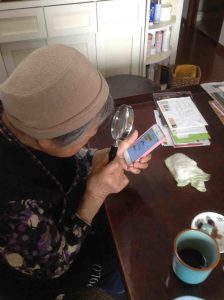 “Now do you see the answer to your question?” he asked me when I began smiling at the humorous photo.

Digital Down Syndrome Considered an “Adorable & Hilarious Epidemic” Not Worth Treating

The technology syndrome, although considered an epidemic, kills so few elderly that treatment is rare in light of its societal benefits.

“The younger generations have accepted these frustrating tech support calls as part of everyday life – they don’t think their elders have any hope of being competent with technology,” Dr. Betoui explains.

Frustration levels on these calls are unrivaled – younger generations repeatedly lose patience, often throwing their own phones, punching a wall or screaming while muting their phones. But then the next time the Internet goes down because grandma vacuumed and unplugged “that box with the antennae and colorful wires”, the family’s default tech support members take the call.

“When I don’t think I can take another minute of mind-numbing stupidity, I remember these are the people who raised me, changed my diapers and believed me when I said I was bringing small baggies of Oregano to school everyday to make lunch better,” said Kyle Eevy, a 28 year old environmental something-or-other in Garden City, NY. “I’m trying to be nicer on these calls…I’ve made some progress with the help of my therapist, but it’s really, really difficult not to scream at them.”

“I’m trying to be nicer on these calls…I’ve made some progress with the help of my therapist, but it’s really, really difficult not to scream at them.”

Without this syndrome, Dr. Betoui said there would be, on average, three hours (or 40%) less time communicating between the generations each month. And since only about 150 elderly are killed each year by self-inflicted tech blunders, society just looks the other way and laughs or screams holding the mute button, Betoui said.

“It’s just too damn funny,” Dr. Betoui said, “who doesn’t have a hilarious story they love to embarrass elderly family with?

Digital Down Syndrome: The Photo Gallery

Do you have funny pictures to contribute? Leave a comment below and we’ll reach out to you.