You are here: Home / News / 64 Dead in Largest Massacre on US Soil After Repeated Requests to Turn Down “Maddeningly Loud Country” Ignored

It began with a few hotel guests calling the lobby to complain about loud country music and ended in a bloody massacre with at least fifty dead and more than 500 wounded.

“Unfortunately, it took automated weapons and fifty lives to put an end to the intolerable country music,” said Blake Gibbons of Los Angeles, who was staying at the hotel where the shooting broke out. “Look, I feel bad it had to end the way it did, I don’t know why someone didn’t do something sooner…I don’t know why they didn’t get the message.”

Investigators are trying to figure out why no one responded to the warning signs as they escalated into a bloody massacre.

“All the classic signs were showing,” said Dr. Tony Samara, professor at University of San Francisco. “People were starting to go crazy and no one was doing anything about it…Hotel management knew what that music was doing to people and they didn’t do anything because of money.”

“Hotel management knew what that music was doing to people and they didn’t do anything because of money.”

“We know what loud country music can do to people, it’s not like we don’t have all the data from study after study that comes to the same clear conclusion about this music. Scheduling a country music concert next to these hotels was just a ticking time bomb,” said forensic psychologist Martin Van Journe.

“Now is Not the Time to Talk About it”

When will we talk about what country music is doing to us as a nation?

if we had to stay and sit through that, there might have been even more bloodshed.

“They’re going to say ‘now is not the time to talk about it’. Well I want to know, when are we going to talk about what country music is doing to our nation?” 42 year old Patty Duncan said after the shooting. “My husband and I called and complained about that racket for 45 minutes, then we packed our bags and left. We couldn’t take it any longer…I keep thinking if we had to stay and sit through that, there might have been even more bloodshed.” 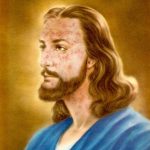