With less money, less education, and lower IQ’s, for some people, America may NEVER be great

For some of us, America is already great.

Who is Trump Calling a Loser?

Trump loves to insult…so much so that the NY Times keeps a growing list of Trump’s insults. A favorite insult theme is that of “loser”. Ironically, of course, it is Trump’s base that has done most to earn the “loser” label.

Deemed “GDP Slackers” by the Brookings Institute, it’s no wonder Trump’s base yearns for America to be “great”…they are on the bottom of society every which way you cut it, which brings us to their racism. When white people find themselves poor and uneducated, they need to feel they are better than someone. And that’s what fuels the racism and sexism.

The irony is that Trump’s base can celebrate all they want, that won’t change the fact that during Trump’s presidency, the smart, educated people will continue advancing forward, and Trump’s base will continue scraping the bottom. Trump isn’t going to do anything for his base…he used them to get in the White House. At least Obama tried to help these people. Now their fates will be determined by Darwinian forces. Good luck. 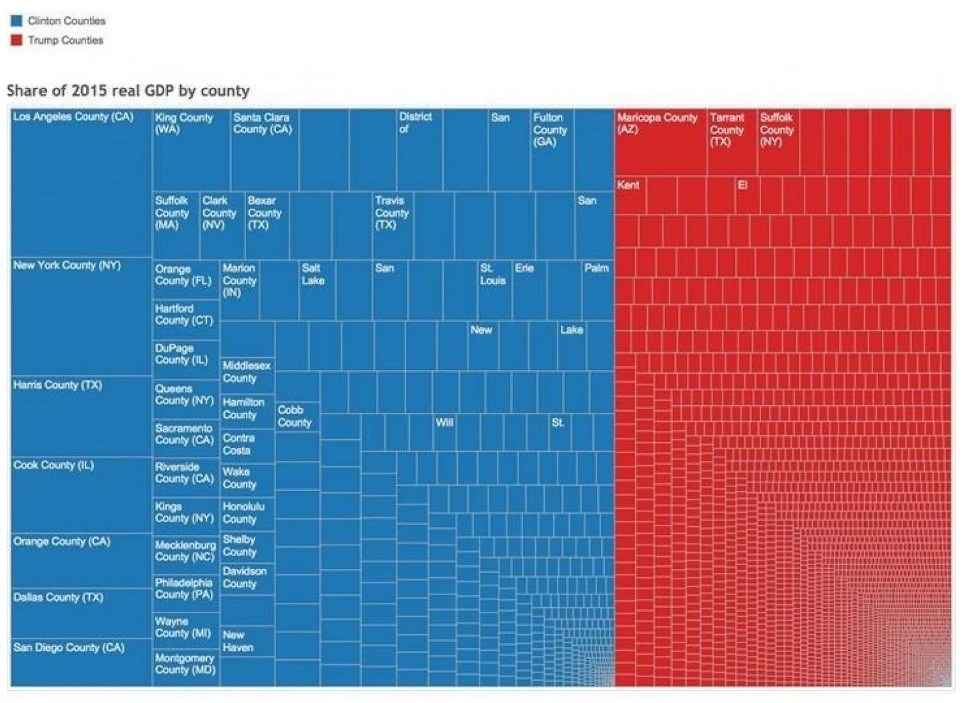