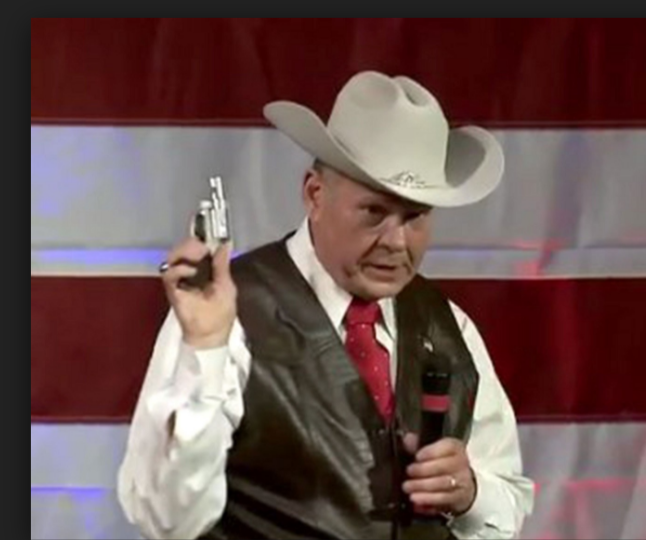 Roy Moore’s outfit & matching pocketbook pistol were bought at “Out of the Closet”, a gay clothing store in Seattle.

Call him a pervert, pedophile, creep, or whatever else you want to sling at him and you’ll be only at the tip of the iceberg. Roy Moore is so much more to his followers. Not his political fans, of which Moore has many, but his fashion fans – many of whom don’t follow politics at all.

“I love that little man’s fashion taste, you know he is the inspiration for the gun-slinger routine I do on Sundays,” said a drag queen who goes by the name of Nipplishious. “I think he’s a businessman or a lawyer or something?” Nipplishious replied when we asked Moore’s occupation.

After seeing Alabama senator Roy Moore sporting an adorable matching vest and Mexican sombrero while waving a stylish pistol for dramatic effect, Americans from coast to coast turned to Twitter to find out what, exactly, Moore was wearing and where one could buy what some on Twitter were referring to as the “gay Mexican rodeo bad-ass” outfit. 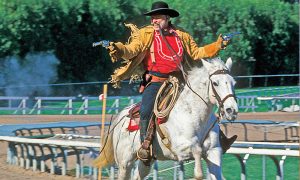 Roy Moore riding a horse and thrilling his fashion followers by firing his air guns.

As speculation about Moore’s outfit intensified on Twitter, people grew frustrated by the media’s distracting coverage of the more dominant sexual improprieties story developing over Moore, updates of which repeatedly disrupted otherwise focused analysis of Moore’s fashion sensibilities. Finally, exasperation with the sex scandal was relieved when a Twitter user, MyDashinFashionPassion, gave the juicy details of Moore’s outfit: the sporty little getup was selling at Seattle’s “Out of the Closet” for $250, which includes the vest, Mexican sombrero in either white or black, a pocketbook pistol, a necktie, black slacks, and ballroom dancing shoes.

“That’s a special outfit we don’t keep on the floor because of the price and also we had problems with people stealing the pistol even though it doesn’t even come with bullets,” Gay Davis, manager of Out of the Closet told us. “Royster called in and we sent a tailor to his home for fitting. God, he’s so cute in that, isn’t he?”